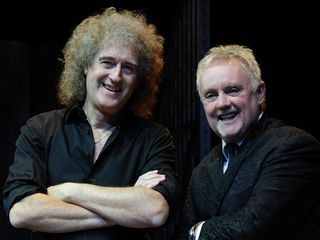 While Bass Week has seen us shine a light on the considerable talents of John Deacon, his former Queen bandmates are in the news again.

In between launching their own official tribute band and sizing up Lady Gaga as a possible Paul Rodgers replacement, Brian May and Roger Taylor have found the time to unearth yet more lost Freddie Mercury recordings for a forthcoming album and work on the follow up to the We Will Rock You musical.

May told UK tabloid The Star: "As well as seeing what we can unearth, we want to do a new musical to follow We Will Rock You. The songs are there, it's just a question of finding time to get the right production."

May reportedly described the process of sifting through the Queen archives as "going through some old drawers."