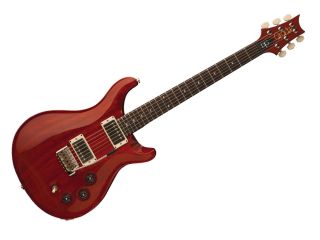 Now the company has launched the DGT Standard, a limited edition, all-mahogany version of Grissom's original, with models soon to arrive in the UK.

The motivating factor behind the DGT Standard was to create a guitar that, in Grissom's words had, "the sonic character of an all-mahogany guitar… more focussed in the mids… with a nice chime and growl as well."

The PRS DGT Standard will carry a recommended retail price from around £2495.