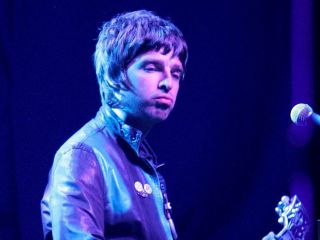 Noel Gallagher delivered a witness statement to a Toronto court today, saying that he has been told he will "never really recover" from the injuries he received during an onstage attack when Oasis performed in the city in September 2008.

Describing the incident, the ex-Oasis guitarist and singer said he felt as though he was "hit by a bus."

Gallagher's statement was read at a hearing for David Sullivan, 48, from Pickering, Ontario, who has pleaded guilty to causing bodily harm when he sneaked backstage at the Toronto V Music Festival and pushed Gallagher into monitors while Oasis performed. Initial reports suggested Gallagher might attend the hearing and give his statement in person, but that turned out not to be the case.

Gallagher, who continued performing after the attack (see video below) but had to stop after 20 minutes, suffered three broken and dislodged ribs, which was apparently the result of the push and not the fall. Oasis were forced to cancel numerous shows while Gallagher recovered.

"I ended up in a heap," Gallagher said in his statement, "and still feel painful twinges. The emotional impact it had was essentially coping with the pressure to perform so as not to let the band down. For a considerable period I was operating at 50 percent of my capabilities."

Sullivan has admitted assaulting Noel and faces sentencing in April.