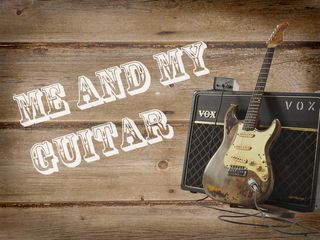 The alt rocker on his custom-built First Act

Check out the video above to see frontman and guitarist of Watford-based heavy rockers Lower Than Atlantis talk us through his custom-made First Act guitar.

Based on a J-style body shape, but made from mahogany (as opposed to basswood or alder) and designed to Mike's own spec, the guitar is definitely a one-of-a-kind and has been Mike's main touring instrument throughout most of 2012.

This video was filmed earlier this year at Download Festival (where lead guitarist Ben Sansom showed us his 1976 Les Paul Custom), but since then the band have been hard at work readying the release of their fourth album, Changing Tune, which is due out in just over a month on 1 October.

Watch the video for new tune Normally Strange below and head to the Lower Than Atlantis Facebook page to a bag a free download of the track.