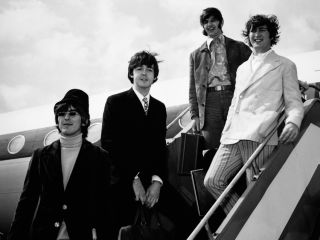 Mad Men got very trippy last Sunday. During the final sequence of the episode titled Lady Lazarus (broadcast 6 May), 1960s advertising executive Don Draper (played by Jon Hamm) tried to come to grips with youth culture by listening to Tomorrow Never Knows, the psychedelic track that closes out The Beatles 1966 album, Revolver.

"It was always my feeling that the show lacked a certain authenticity because we never could have an actual master recording of The Beatles performing," Matthew Weiner, the creator and show runner of Mad Men, told the New York Times. "Not just someone singing their song or a version of their song, but them, doing a song in the show. It always felt to me like a flaw. Because they are the band, probably, of the 20th century."

To license Tomorrow Never Knows, Lionsgate, the studio that produces Mad Men, sure didn't pay 1960s prices. Rather, the company forked out $250,000 for the song's sync fees, way above the average of $100,000 for most pop songs.

Although covers of Beatles songs turn up in TV commercials from time to time, the band's master recordings are rarely heard on television or in films. The surviving Beatles and their heirs are notoriously selective when it comes to licensing the band's music - requests are almost always turned down.

"Whatever people think, this is not about money," Weiner said. "It never is. They are concerned about their legacy and their artistic impact."