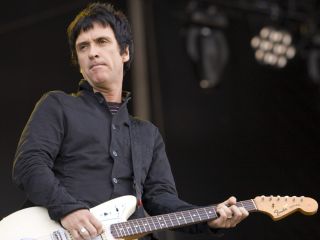 Johnny Marr, former guitarist of Manchester legends The Smiths and more recent member of indie bands The Cribs and Modest Mouse, is set to release a new charity single.

Tendency To Be Free is a cover of a '60s garage number by Rabbit Mackay, which featured on the soundtrack of cult biker B-movie Angels Die Hard. All proceeds from the single, which is released October 4, will go to Centrepoint - a charity helping to improve the lives of homeless young people.

The single is taken from a new compilation album of '60s covers to be released in aid of Centrepoint. The album, 1969: Key To Change, will also feature turns from Hard-Fi, The Feeling and Get Cape Wear Cape Fly.

Both the single Tendency To Be Free and 1969: Key To Change are released October 4. Both can be pre-ordered here.You can read a full interview with Johnny Marr in this month's Total Guitar.