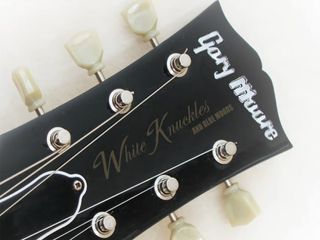 Cynics might call the appearance of a Gary Moore documentary trailer a shrewd move, following the guitar legend's untimely death last month. In fact, White Knuckles And Blue Moods has been in the making for several years and features contributions from the man himself, as well as Don Airey, Jon Hiseman, John Sykes, Brian Downey, Eric Bell and Brian Robertson.

The hour-long film was created by Jörgen Holmstedt and Stefan Mossberg and is due for release later this year.