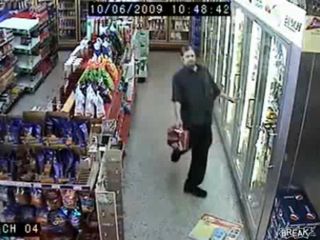 Drunkest Guy Ever Goes For More Beer - it's quickly become one of the most popular videos on the Internet. And now it's inspiring creativity amongst musicians and music fans.

We have no idea who this poor old soul is (the first video looks to be straight surveillance footage), and we sure hope he got home OK and didn't injure anybody. But the remixes that have resulted from his exploits are hysterical.

And we've saved our favorite for last. Yep, it's that old standby...

Think you've got a cool remix up your sleeve? Send it our way! And remember...don't drink and drive. Especially with this guy.