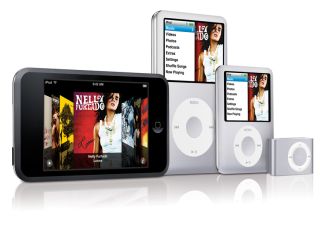 Figures released for download sales in 2008 say more than 1 billion digital songs were purchased during 2008. The report, released by internet analysis company Nielsen SoundScan, showed that the 1 billion benchmark was passed on 14 December.

Leona Lewis has the biggest-selling single download of 2008, with more than 3.3 million people purchasing her single Bleeding Love in the USA alone.

Download sales are up more than 150 million on last year, a 27% increase.

Benefit for the few?

With physical CD sales reported to be down by up to a quarter year-on-year in late 2008, that might seem like a ray of light for the recording industry. However, another recent report shows how more than 10 million of the 13 million tracks available on the internet failed to find a single buyer last year.

The new study by Will Page, chief economist of the songwriting group MCPS-PRS Alliance, found that - for the online singles market - 80 per cent of all revenue came from just 52,000 tracks.

For albums, the figures were even less encouraging.

Of the 1.23 million albums available digitally, only 173,000 were ever bought, meaning 85 per cent did not sell a single copy all year.

Does the 'long-tail' exist?

The latter report is a challenge the so-called 'long tail' theory of internet evangelist Chris Anderson. He has argued that niche markets were actually the key to the future for internet sellers - in this case musicians. Anderson's long tail theory suggested that the internet economy would shift from a relatively small number of 'hits' at the head of the demand curve toward a "huge number of niches in the tail".

He argued that, due to cheapness and accessibility of searching for products on online, retailers and producers would be able to make money from more obscure products because they would find an audience.

However, Nielsen's figures suggest the success of online sales still depends on a relatively small number of big hits.

"There is an eerie similarity between digital and high-street retailer in terms of what constitutes an efficient inventory and the shape of their respective demand curves," he added.

Which in plain English means: it remains just as hard to have a hit with online sales as it does with a physical CD.