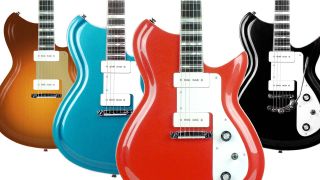 Dennis Fano - formerly of Fano and now of Novo Guitars - and Eastwood Guitars have announced a new collaborative operation, Rivolta Guitars, and a new guitar with it, the Combinata.

The idea behind Rivolta is to make Fano's vintage-inspired guitars "accessible to as many players as possible", utilising Eastwood's production facilities and distribution network.

The Combinata is available to preorder now from select retailers, listed on Rivolta Guitars, with the price tag weighing in at around $1,199/£1,099 - nearly a third of similarly retro-modern offerings from Novo and Fano. We like the sounds of that…