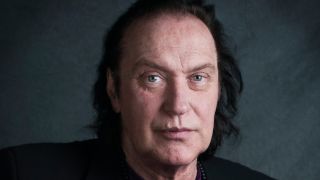 There aren't many artists who could legitimately celebrate the 50th anniversary of a guitar sound they created. But in the case of Dave Davies of The Kinks, when he took a razorblade to the speaker cone of his Elpico amp, fed the output through a Vox and ripped into the powerchords of You Really Got Me, it was a seismic sonic breakthrough - and its shockwaves have influenced whole genres of musicians since.

He'll be playing his first UK date for 13 years at London's Barbican Hall on Friday 11 April, so you'll be able to hear Davies perform a mix of songs from The Kinks and his solo career for yourself. Tickets are on sale now, priced £35.50 and £32.50 and you can book them here.

Look out for a full interview with Dave Davies in issue 381 of Guitarist, on sale 2 May. Subscribe to Guitarist here.