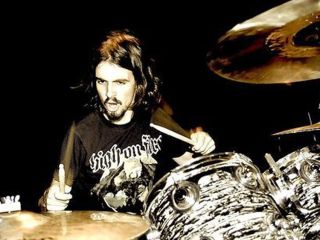 Following in your father's footsteps doesn't get cooler than this: 18-year-old Jay Weinberg will be subbing for his dad, Max Weinberg, as drummer for Bruce Springsteen And The E Street Band.

The younger Weinberg will play "a small number" of gigs with the band this summer, most likely in Europe, as some of those dates conflict with the 2 June premiere of The Tonight Show with Conan O' Brien, which features the Max Weinberg as bandleader.

"Once again, I want to express my appreciation to Conan O'Brien, and everyone on his team, for making it possible for Max to continue to do double duty for both us and for him," Bruce Springsteen said in a statement. "We promise to return him in one piece."

According to reports, Jay has been rehearing with the E Street Band all week in Asbury Park. Although he proved to be a slamming pinch-hitter when he played Born To Run with the band last summer (see fan-shot video below), guitarist Steven Van Zandt can't see anybody but Max himself behind the kit.

"It really won't be the E Street Band," he told Rolling Stone. "There's no drummer that could replace Max. There might be someone temporary that comes in and we'll have to adjust the show accordingly. What nobody understands is that not only is Max a great drummer, Max reads Bruce's mind. You can't learn that. That's impossible to learn. You could spend months rehearsing and you'll never get that.

Check out the video and see what you think.