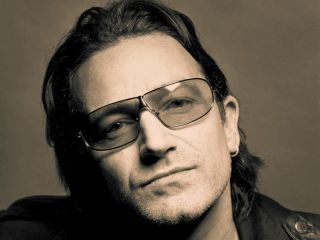 In a letter to NME magazine, U2's Bono has weighed in on music piracy, criticizing Internet service providers for showing indifference to the proliferation of pirated content taking place on their networks.

This isn't the first time someone from the U2 camp has blasted ISPs. Earlier this year, Paul McGuinness, U2's manager, pointed his finger. And now Bono joins in, although he does disagree with McGuinness on the matter of Radiohead releasing In Rainbows at a pay-what-you-want price.

Here is Bono's letter:
"I wanted to set the record straight on behalf of the members of U2 on comments made to the BBC by our much-loved and valued manager, Paul McGuinness, regarding Radiohead's decision to make the music of In Rainbows available as a download, using the 'honesty box' idea for payment.

We agree with our manager that this is a head-scratching and worrisome time for many musicians who, unlike ourselves, are depending on royalty or publishing cheques to pay the rent (particularly songwriters). We also agree that it is disturbing to see internet service providers and technology companies profit from the so-called 'disintermediation' of the music business when so many music lovers are losing their jobs. And while there is no doubt that it's extremely difficult for a new artist to get the kind of investment on which U2 depended in the first few wobbly years of recording, we disagree with Paul's assessment of Radiohead's release as having backfired to a certain extent. We think they were courageous and imaginative in trying to figure out some new relationship with their audience. Such imagination and courage are in short supply right now...they're a sacred talent and we feel blessed to be around at the same time.
With respect, Bono" copyright, NME 2008