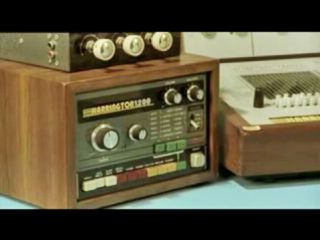 As we recently blogged, today´s virtual instruments are no longer designed to simply emulate the tones of their real-world counterparts; they´re becoming adept players, too. But while this may be cause for concern for session musicians, songwriters have been sitting comfortably in their tweed waistcoats, strumming their acoustic guitars with not a care in the world.

Comfortably, that is, until Microsoft made public details of a new songwriting tool it´s been working on, dubbed MySong.

MySong, still in the research phase of development, allows non-musicians to create music by singing into the mic input of a computer. The software then analyses the melody and adds chords that fit. These chords can then be adjusted for ‘happiness´ and ‘jazziness´ by using sliders on the interface. You can see a video of it in action at Microsoft Research´s site.

Now the folks are Microsoft Research don´t claim that MySong is going to put any songwriters out of work. They merely say that the program gives people who can´t play an instrument an experience of music creation, which I´m sure you´d agree is a lovely thing.

"With some clever programming and a spot of randomisation, software could write its own melody and serve up some chords to go with it - in essence, a song."

However, no matter how much Microsoft plays the technology down, or how many purists claim that you can´t automate music, there´s no escaping the fact that MySong does generate original material. It writes its own chords for a melody, and you can bet that if it was a human and the song went on to be a smash hit, they´d be asking for a slice of the royalties.

It doesn´t stop there though. MySong bases its chord choices on several factors as well as the melody notes: which chord changes sound powerful and which more passive; which sound happy and which sad. All this knowledge is based on popular musicology, so it stands to reason that the same concepts could be applied to melodies. With some clever programming and a spot of randomisation, software could write its own melody and serve up some chords to go with it - in essence, a song.

As with the case of virtual instruments, this throws up some interesting questions. Who owns the copyright to the song - the person who sets up the song parameters or the software developers? Can music generated by a machine be considered art? Is the song actually any good or is it absolutely rubbish?

That last one is tricky to answer as the quality of the song is largely based on the quality of the programming. This also raises the question of whether the machine is actually writing or merely following orders. The computer Deep Blue was the first machine to defeat a chess grandmaster, and although it was programmed and taught to play chess by humans, it could clearly defeat its makers at the game.

Whatever your thoughts, there´s no doubt that Microsoft has come up with a great tool for non-musicians to create music with (although you do have to be able to sing), though it´ll be years before we see a machine that can come up with something that even starts to rival a song written by a human. The problem for songwriting software is that writing music is an infinitely more creative process than playing chess, and it´ll no doubt be difficult for a computer to write music with emotion and feel.

Music is, after all, a very human thing, so perhaps songwriters can sleep easy - for now at least.