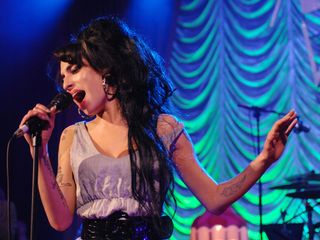 Too much has already been written about the circumstances surrounding the sad death of Amy Winehouse, but it is worth reflecting on the reason she became and will remain famous: her music.

Her career began with 2003's Frank, a jazzy, soulful hip-hop-influenced collection that was well-reviewed but failed to turn her into a crossover star.

There was already evidence of her acerbic lyrical wit, however - "Feel like a lady, and you my lady boy" was a biting barb to a meek lover in Stronger Than Me - and her cover of jazz standard (There Is) No Greater Love was an impressive love letter to the great singers (Billie Holiday, Dinah Washington, Sarah Vaughan) by whom she was inspired and influenced.

Frank was an auspicious debut, certainly, but the album that will endure is 2006's Back To Black, a strikingly confessional record that takes on even greater poignancy now. Its key songs sound familiar not just because they've been so heavily played, but also because their '60s soul style has been imitated by so many other artists since.

Of course, you could argue that there wasn't much original about Winehouse and producers Mark Ronson and Salaam Remi's arrangements in the first place - Tears Dry on Their Own even goes so far as to rework Ashford and Simpson's Ain't No Mountain High Enough chord for chord - but it still felt wholly authentic.

Rehab is throwaway pop with edge; Back To Black's bleak stomp is ploddingly infectious; and Love Is A Losing Game smacks of almost unbearable sadness. For better or worse, these and other songs set a template for radio-friendly soul that is still being followed today: the difference with Winehouse's music is that it was written and sung from the gut rather to pander to a demographic.

Her body of work may be depressingly small, but Amy Winehouse should be remembered as a great singer, songwriter and performer. The tragedy is that we'll never know what more she might have been capable of.