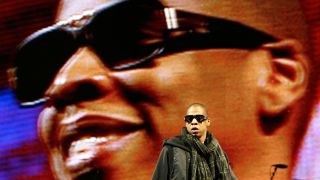 I was there man (Image credit: Luke MacGregor/Reuters/Corbis)

Here at MusicRadar, we've got a depressingly long list of shows that we missed out on only to hear that they were something special. n fact, an early White Stripes gig at the Sheffield Leadmill in 2001 still stings.

Seminal moments and truly legendary performances don't come along too often, but when they do, it can feel like every Tom, Dick and Harry was there except you. Here's a spotter's guide to the 11 greatest gigs that folks just love to say they were at. But trust us - they probably weren't...

One of the earliest large-scale festivals, and with a line-up to make most modern festival goers weep into their overpriced beers, Monterey Pop saw several legendary performances that would pretty much never be topped.

The Who played a smashing set before smashing everything up; Jimi Hendrix set his Strat alight; and Otis Redding blew the balls off a crowd predominantly consisting of white hippy types. You'd have pretended you were there, too.

Somewhere in the region of a quarter of a million Londoners turned up to see The Rolling Stones return from live exile a mere two days after the death of Brian Jones, although as the legend of the day has grown you'd have thought that number was nearer to five million.

Over 200,000 people attended Woodstock, and yet only a few thousand hung around long enough to watch Jimi Hendrix give one of the most iconic performances of the '60s to close out the festival. Would you admit to missing it?

At best, 100 people saw the Pistols at this gig, and pretty much all of them went on to form brilliant bands (Joy Division, The Smiths, and of course Simply Red to name but three). In the years since, roughly 40,000 folks have sworn blind they were in attendance, and while we don't like to disparage anyone, they're all liars.

What do you get when you throw The Clash at their snarling best, The Jam, The Buzzcocks, Subway Sect and a couple of thousand frenzied punk fans into a seated theatre? The answer, of course, is a mountain of ripped up seats and every Londoner who was a teenager at the time claiming they were there.

The world is so familiar with Queen's majestic Live Aid set that it might seem like everyone and their mother was in attendance, bathing in the glow of Freddie Mercury's talent and 'tache combo beneath the twin towers of Wembley. But they weren't, and neither were their mothers.

When The Stone Roses lured tens of thousands of baggy-trousered teenagers to a reclaimed toxic waste site near the Mersey, they performed one of the mythical gigs of recent times, albeit one with notoriously terrible sound. Like the '60s, if you can remember it you probably weren't there.

Everyone who has ever been to Reading Festival knows at least one person who says that they were there, down the front, singing along to Lithium at the top of their lungs. Science tells us that exactly 99 per cent of them weren't.

Battling atrocious weather and technical difficulties galore, Radiohead still managed to pull one of Glastonbury's greatest ever sets out of the bag. When the posh lad in Ray Bans and spotless wellies you meet at Worthy Farm next year claims he saw it, believe him at your peril.

It's difficult to explain just how excited every indie kid in Britain was by the Arctic Monkeys. A genuine word of mouth sensation, they sold out venerable - and sizable - London venue the (now demolished) Astoria with little more than a handful of demos and hype to their name.

As the Arctics turned into the biggest British band in a generation you'd be forgiven for believing every chancer with a Beatles haircut and a tight t-shirt was in attendance, But they were probably at home, alone and crying.

Arguably the set that transformed Glastonbury into its modern all-conquering incarnation, Jay Z's Gallagher-baiting headline set battered down the doors of what was possible at Worthy Farm. Believe it or not, tickets for the festival that year were incredibly slow to sell out (unlike in every year since), and most folk played it safe and stayed home. Whoops.