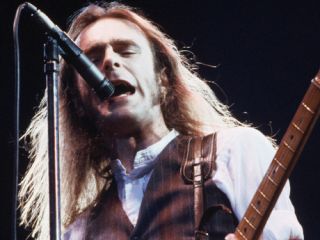 We plunge head-first into the Guitar Techniques archive to find the tastiest star soundbites. This week it's Status Quo's Francis Rossi on accepting the fact that most people really don't care...

"So you can be assured that, whoever you are, most people don't like you, and I think that's a great way of keeping your feet on the fucking ground. It's true, I can't see it any other way, because we're made to feel so important and, 'Oh, you're so special, and you're in the charts and you've done this and you've done that...'

"I think you can get very big headed; we were, particularly when we were younger. I wish I'd thought about that some time back - most people don't like us and that's that sorted out."