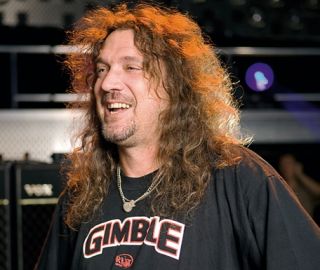 To the uninitiated, the position of guitar technician can seem to be a rather luxurious one. Fly around the world, set up some amps for a bit, tune a guitar, sit back and raid catering for a bottle of champagne or three.

In reality, as sister site MusicRadar.com's excellent Access All Areas features prove, the truth is that it's extremely hard and, at times, stressful work as the guitarist you work for relies on you 100% to make sure their gear works seamlessly. If it doesn't, and you can't fix it an in shake of a frontman's backside, all eyes will be on you and, if you're playing at a stadium in Argentina, that's a hell of a lot of peepers.

Pete Malandrone has worked for Queen guitarist Brian May for 17 years and, in that time, he's pretty much seen it all. He's also been pivotal in helping Guitarist obtain unprecedented access to Brian, both in the magazine and on our covermounted CD, and is a fully-fledged Friend Of The Magazine™

The interview is up at Queen Online, so check it out for an insight into what it takes to look after a true legend.

Here's Pete in situ, doing what he does best; looking at a flightcase...