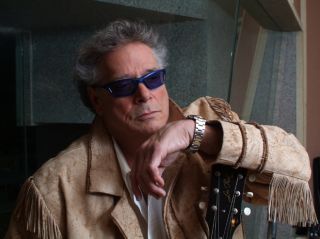 Leslie West has told TG that his recent leg amputation (a result of his long-running battle with diabetes) has given him a no-nonsense outlook on playing the blues. And that's putting it mildly...

The guitarist, who made his name with 60s proto-metal band Mountain, was interviewed for the latest issue of Total Guitar only four weeks after his operation, but showed no sign of slowing up.

"Listen, you know what the blues means to me?," West told TG's Matt Frost. "I woke up one morning and my leg was amputated… I didn't know what the f*** happened. There's the blues for you!"

West, who has just recorded a new solo album 'Unusual Suspects' (featuring Slash, Zakk Wylde, Billy Gibbons, Steve Lukather and Joe Bonamassa) is apparently not letting a little thing like a leg amputation get in the way of his plans. As he explained to TG:

"Things are going as good as can be expected…We're going on tour [in the US] on 6 October. I might not have my prosthetic by then, but I have a great electronic wheelchair that's like an all-terrain gig!"

Pickup Total Guitar issue 219 to read our full Leslie West interview, in which the guitarist talks about his amazing career, including playing Woodstock, working with Pete Townshend, and assembling the 'Usual Suspects'.