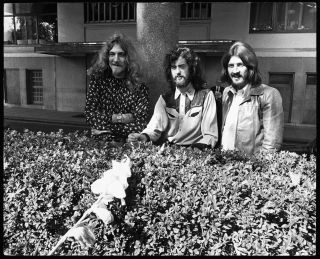 Surely the most iconic drum intro ever. Go see a different rock covers band every weekend for the rest of the year and you'll probably hear it played differently every time. Check out how it should be done in the live clip below. The rest of the song is hard and heavy, with some trademark Bonham fills rounding things off perfectly.

When the Levee Breaks

Another classic Bonham drum intro and an absolutely massive beat. It's no coincidence that back in Rhythm 138 Mike Portnoy named this as one of his top five Bonham beats. Mike called it the "fattest groove ever recorded". We're not going to argue with that. Pick up this month's Rhythm to read all about how engineer Andy Johns got that iconic drum sound.

Again Bonham lays down a monster groove, locking in with John Paul Jones, giving a rock solid canvas for Plant and Page to paint on top of. By no means Bonham's flashiest of drum parts, but certainly one of the grooviest. If this doesn't get your toe tappin', there's something seriously wrong.

Has this guy got the rights on cool drum openings or something?! Another awesome intro, as Jimmy Page's stabs are interspersed with Bonzo's simple yet incredibly effective hi-hat count in and tom attack. The rest of the track isn't too shabby either, thanks in no small part to yet more tasty fills.

Not exactly a beat, but this is possibly the ultimate drum solo, so it's more than earned its place here. The rest of the band head for a smoke backstage while Bonham unleashes ten minutes of lightning fast fills and footwork fuelled by rare power. Oh, and a shedload of technique as well. Check out the clips interspersed with the drumwork to see John chillin' with the family, digging up concrete and bothering livestock.