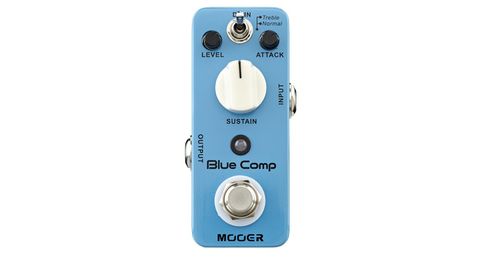 The Mooer name is new on the scene, and offers a range of Chinese-made, (relatively) inexpensive pedals.

They're solidly built, with a thick metal casing, but also micro-sized - ideal for smaller 'boards. Many are obviously 'inspired' by old favourites, and this Blue Comp apes features from the Boss compressor.

Like the Boss CS-1, the pedal has two modes. Treble mode is intended to emphasise the sustain of the treble sound, but realistically it makes the whole sound brighter - no bad thing if you want to kick it in for effect.

With the Attack control offering useful tailoring of the 'nose' of each note, the Blue is fully capable of dishing up some very effective compression.