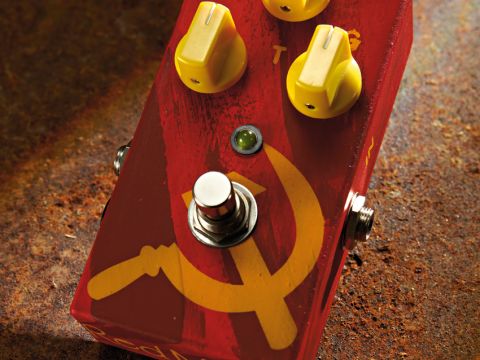 A wide yet classy range of fuzz and distortion effects, in a pedalboard-friendly form.

Big Muff aficionados have seen several versions over the years, each with its own variation on the fuzz/distortion sound.

The Red Muck is based on the Russian Sovtek Muff - we're told that it offers a mix of the original '71 'triangle' Muff and the later Russian Red Army/Civil War Muffs, alongside some original tweaks.

The pedal's parentage is unmistakably apparent, delivering a full range of smooth and weighty distortion with loads of sustain but tons of flexibility too, due to the tone knob.

Fully left you are in liquid Gilmour territory, but crank it up and there's gnarly fuzz to die for.