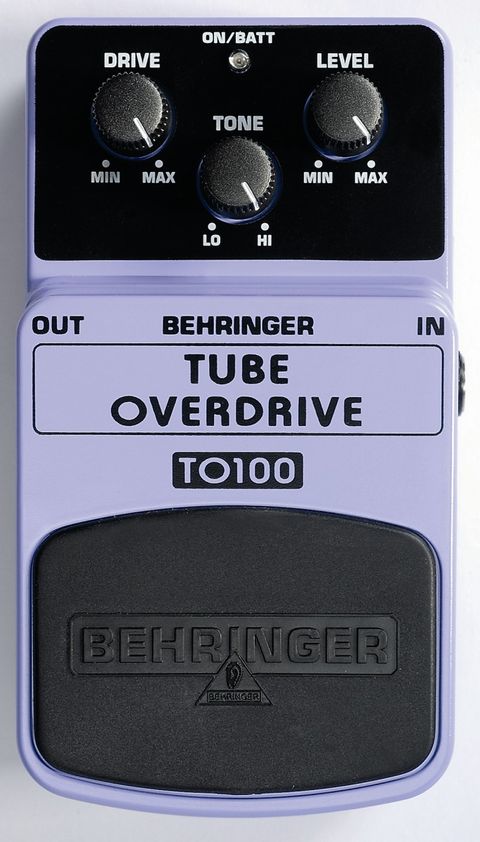 Behringer looks poised to clean up.

Authentic lead tones for under £20!

Behringer kicked up something of a storm with a new range of compact effects pedals that were unashamed visual clones of established BOSS designs, right down to colour coding for the various effect types.

The threat of litigation from Roland precipitated a swift cosmetic redesign, and finally Behringer's stompboxes have hit the shops. This would be relatively unremarkable in an industry flooded with a glut of 'copy' products, were it not for the fact that Behringer's new pedal range starts at just £15.

Yes, that's right: a stompbox for less than the cost of three sets of strings or a high-quality capo. An initial glance at these units proves that it doesn't exactly take a degree in electronics to spot the corresponding BOSS model that seems to have, ahem, inspired their design.

The electronics themselves are housed in plastic that is approximately 2.5mm thick and, while not as kick-proof as a diecast casing, it is robust enough to endure vigorous stomping.

Battery access is achieved by depressing the black plastic hinges in with a ballpoint pen or similar pointy tool. This is no major headache; although it's worth taking care when reassembling the unit to make sure that the spring lines up correctly with the small plastic notch that holds it in place.

The switching system doesn't feel quite as solid underfoot as a BOSS unit, but on the other hand we found it much more confidence-inspiring than the plastic switches used on some pedals, so it's all relative depending upon whether you are a Vinnie Jones or a Ronaldinho when it comes to onstage footwork.

Clearly we aren't in audiophile territory here, but there can be few complaints about the build quality for the money.

With a voicing close to a Tube Screamer-type level of drive, the TO100 has an appealing raunch and warmth that's perfectly voiced for classic rock riffing and emotive soloing, and has the best conventional lead voice of the pedals on test.

Boosting a valve combo already on the edge of break-up produces suitably creamy results, if not a massive injection of extra level.

With quality modelling amplifiers below £150 these days, and now decent sounding stompboxes retailing at £15, has there ever been a better time to go shopping for new gear?