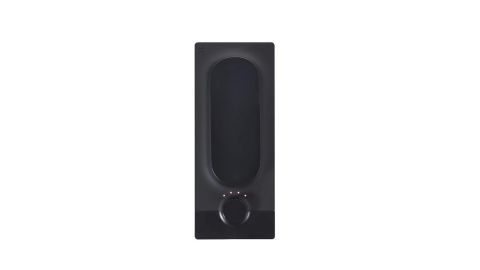 A well-designed, expressive controller that can breathe life into software-centric music-making.

Unlike other ‘expressive’ controllers, such as Roli’s Seaboard/Block ranges, Touché isn’t for playing notes, functioning more like a combined pitch/mod wheel which can apply modulation across multiple axis at once. The Touché SE is essentially the same as its predecessor albeit without the original’s CV and MIDI connections.

The hardware still feels high-quality and its shapely, all-black design exudes quality. The top board provides the main expression surface. This offers two directions of control (clumsily titled ‘Shiftings’ in the manual): up/down and left/right.

Although this sounds fairly rigid on paper, in practice the responsiveness of the control surface means that the Touché reacts well to subtle gestures in all directions; the results feel more refined and expressive than a simple case of ‘push up for pitchbend, left for vibrato’ etc.

The SE relies on a USB connection to take control of instruments. and its primary use is in conjunction with Lié, the companion software application which handles modulation assignments as well as firmware updates. Lié comes in VST or AU format, but it’s also a plugin host itself. When you want to control a software instrument, load Lié onto a track in your DAW and then load up a plugin within it. The application handles communication between the hardware and the plugin, with a neatly laid-out interface offering up to eight modulation assignments.

The Touché SE also comes with several packs of presets for software instruments including UVI Workstation (bundled) and Falcon, Arturia’s SEM V and Mini V, Sylenth1, U-he Diva and NI Massive. Presets are loaded within Lié, with pre-mapped assignments for the Touché controller. While the range of presets is far from exhaustive - the likes of Serum, Omnisphere and Avenger don’t get a look in - those supplied are generally very well chosen and effective.

Fortunately it’s very easy to create and edit your own, meaning you can adapt the system to whatever software sounds you choose to use. The Touché SE can also be used in standalone mode without Lié loaded. When used in this way, each of its ‘Shiftings’ outputs a MIDI CC, which can be changed and configured using Lié. Being software-centric, the Touché SE doesn’t offer up a selection of hardware templates like its MIDI/CV-equipped sibling.

With just a USB connection, the device isn’t directly aimed at hardware users, but it can still be used to control external instruments via a DAW, so it’s a little disappointing that there’s no way to easily save templates or presets for that purpose. This aside, the Touché is a well- designed, expressive controller and for software-centric musicians is an excellent addition to an existing MIDI controller setup. It encourages you to ‘play’ virtual instruments in ways you wouldn’t with standard controllers.