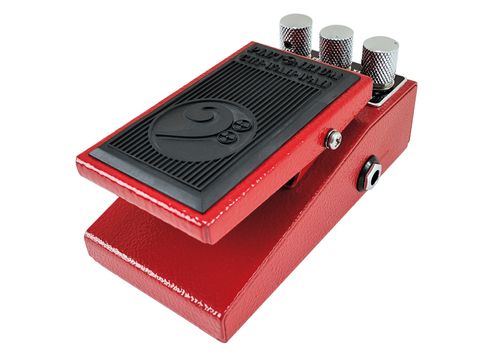 This pedal offers great depth and sounds dangerously funky in use.

Really good bass effects were once a rarity but, fortunately, this is one area of the market that is constantly getting better.

Case in point is the highly desirable Plutoneium PU-236 Chi-Wah-Wah, the designated bass version of the popular guitar model. Powered by the mains via an optional transformer lead, or by an onboard battery, this is an extremely robustly built pedal that is pleasingly heavy yet small enough to be transported with ease.

It comes with an Allen key for removing the bottom plate for battery replacement and four rubber feet that fit over these screws to help prevent the unit from moving during action. However, in spite of its weight, anything that requires constant action when in use is far better fixed to a pedalboard.

Three rotary controls offer input level, for optimising the bass signal, contour, to regulate the intensity of the wah effect, and gain, which is used to adjust the overall volume of the effect. Take the foot off and the unit allows the regular bass signal to pass through.

The wah sound is deep, full and has fast tracking so will warp your notes just as fast as your foot can operate. The Chi-Wah-Wah also features a spring-loaded footplate so doesn't rely on the usual rocking action from the foot and in our opinion this makes it a lot more user-friendly.