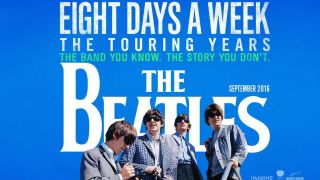 The realignment of the film distribution model to streaming and digital might be a real killer for mid-sized movies but it has been all good for the concert and music bio feature. And that's great news for guitarists.

Right now there is a glut of music films. The likes of Netflix and Amazon Studios are commissioning new features, while also resurrecting long out-of-print titles and making them available once more. Those living in the UK, or indeed those with a VPN, will also find the BBC's iPlayer as a veritable treasure trove of content.

Sure, nothing compares to being in a venue with the band, but that's off the menu right now. So why not grab a cold one from the fridge, hit the lights in the front room and get inspired the new-fangled way – by streaming over a broadband connection. Hey, there's no post-show wait for the cloakroom.

Sam Dunn's smartly-shot biopic takes the ZZ Top story way back to the beginning. There is no big dramatic moment – Frank Beard's addiction problems and recovery are as close as we get – and instead we get a story of enduring friendship and uncanny musical chemistry that has seen them right for 50 years.

There is testimony from the likes of Robin Hood Brians, Josh Homme and Billy Bob Thornton, and we periodically return to the ZZ Top jam room were they kick about a few tunes, but there's something understated and 100 per cent sincere about the ZZ Top story that is fun, inspiring and poignant.

Jimi Hendrix plays Woodstock and the crowd, who were already wild on a smorgasbord of psychotropic substances, go even more wild. Hendrix's performance is beyond description, but the festival? Sheesh! This was pre-glamping. There are no Hunter Wellington boots here, no craft gin stalls.

There's something borderline elicit about the whole affair, an electrifying moment of cultural expression at a time – August '69 – when it felt like the very fabric of American society was coming apart as flower power wilted, the Manson Family killed, and the Vietnam War raged unabated.

Watch it on Amazon Prime

3. The Beatles: Eight Days A Week

In Ron Howard's safe hands, the story of the Beatles' touring years is told in kinetic fashion. Some of the archive footage is truly breathtaking. John Lennon is asked why the audience screams so much. "I don't know! I couldn't tell you," he replies.

But the answer is hiding in plain sight; it's the energy from people reacting to something they'd never seen before and will never see again. A dizzying, invigorating movie.

Watch it on Amazon Prime

4. Keith Richards: Under The Influence

Sure you will maybe want to watch Olé Olé Olé or something more electrifying afterwards, but for an in-depth look at Keith Richard's musical education this is impossible to beat.

It's essential viewing for anyone weaned on Richard's louche, electrified rock 'n' roll and wanting to get a bead on the blues players who informed it. It features the likes of Tom Waits and Buddy Guy, and while it might inspire you to retune your guitar into open G and strut across the kitchen table, it may also send you online to start digging for some old blues records.

5. Remastered: Devil At The Crossroads – A Robert Johnson Story

Such was Robert Johnson's legend, any attempt to unearth the truth surrounding his life feels at best like a fool's errand and at worst like making a concerted effort to tell the world Santa doesn't exist.

But this documentary from Brian Oakes manages to shed some light on Johnson's life, and leaves the legend intact. C'mon, did he make a pact with the devil? Only the devil knows and he wasn't available for interview – Keb' Mo', Taj Mahal, Eric Clapton, Keith Richards (who is in everything these days) and others were.

Quite possibly the essential document of the febrile late 1960s music scene, with epoch-defining performances from Janis Joplin, Otis Redding, Jimi Hendrix, and the Who, Pennebaker captures all the magic from the 1967 Monterey Pop Festival in his verité style.

Those of us in the UK will be bummed to learn that this Criterion release is only available to stream in the US via its own streaming platform, but should nonetheless seek this out, either through using a VPN or getting the triple-disc Blu-ray. The transfers, the sound, and the extras are all worth it.

This is worth it for Clapton's mother sharing with the world that a young Eric Clapton had an imaginary horse named Bush Branch. But there's a rich mine of material for Clapton acolytes to dig into.

The filmmaking might be a wee bit by-the-numbers structurally, but the access and the material is so good – at times spectacular, at other times deeply moving. Zanuck stays on the right side of the story so it never gets too hagiographical.

The King of the Blues' name is at the top of the ticket here, and you'll find him in sumptuous form of course, but the master showman invites an all-star lineup onstage to jam.

Here we've got the likes of Derek Trucks and Susan Tedeschi (the blues' number one power couple), Ron Wood, the shy and retiring Slash and, just to make sure you are paying attention, Mick Hucknall of Simply Red fame. BB plays the generous host, but as ever all ears are on his vibrato.

The protagonist might not be a guitarist but he played his bass like one, and no one has better embodied the spirit of rock 'n' roll. Featuring testimony from the likes of Phil Campbell, Scott Ian, Mikkey Dee, Steve Vai and Ozzy, and some plain-spoken wisdom from Mr Kilmister himself, Lemmy is a pretty darn funny film, a rock biopic that transcends the genre thanks to the larger-than-life personality of its subject.

Watch on Amazon Prime|Watch on Netflix

10. The Song Remains The Same

Okay, so you could watch Dazed And Confused for free on Prime, but The Song Remains The Same is exactly the sort of crazy endeavour to hoist us out of the terrible present and into some uncanny dimension where the members of Led Zeppelin direct their own little fictions to pad out some of the finest concert footage ever captured of one of the world's greatest rock bands.

Occasionally baffling, always intriguing, there is nothing quite like it – though the next on the list takes a similarly weird form.

11. Metallica: Through The Never

Having surpassed Spinal Tap with the fly-on-the-psychologist's-couch documentary, Some Kind Of Monster, a rejuvenated Metallica get into the feature film business, cast Dane DeHaan as a roadie named Trip, and place one of their shows at the centre of a perplexing narrative in which DeHaan's Trip embarks on a pre-Apocalyptic mission that's somewhere between Kafka and Scorsese's After Hours.

It's like you had too much cheese before bed and the Sandman duly entered with this. It's so crazy but its audacity, its scale and ambition makes for compulsive viewing.

Why? Because everything else is too much perspective…

No Netflix? Start a free trial today
Netflix is your gateway to endless TV shows, music documentaries and epic movies like The Dirt – perfect for those gig-less evenings. Sign up today and enjoy a free trial.View Deal

Start streaming with Amazon Prime Video
Stream and rent the biggest and baddest shows and movies around. Sign up to Amazon Prime for £7.99 and get access to all this good stuff and more.View Deal