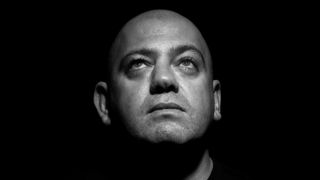 Steve Mac will be at the London leg of PSL.

Steve Mac began his career as a scratch hip-hop DJ at the age of 11. He formed production/DJ duo Rhythm Masters with his friend Rob Chetcuti, with Steve bringing his acquired skills from his hip-hop past into house music.

The beginning of 2002 saw an amicable split of the Rhythm Masters. Both members decided to take a break and pursue solo projects while still keeping their record label going together.

In 2008 Steve started a label called sMACk, with the first release being a track that he made with Pete Tong called Serendipity.

Last year Steve built a new studio and one of the first jobs he had was mixing Orbital's new single. They were so impressed with what he had done that they asked him to mix their track for the opening ceremony of the Paralympics.

Steve Mac will be hosting a session at the London leg of Producer Sessions Live, which takes place at SAE Institute in London on 7-8 September. This hi-tech music event is brought to you by Future Music and Computer Music and offers tutorial sessions, gear demos and essential advice for up-and-coming producers. A second PSL event will take place at SSR Manchester on 28 September.

Ahead of the event we asked Steve Mac to tell us about his gear, working methods, musical heroes and what he'll be focusing on during his Producer Sessions Live session.

"I just rebuilt my studio last year. I used to have a big MCI 42-channel analogue console but now that has gone as I am mixing more in the box. Well, I say in the box, but a lot of my processing is done outside the box.

"I now have 48 channels of digital/analogue conversion and I have my outboard gear hardwired to them. So basically, if I want to use an EQ/compressor or reverbs, I just put up an I/O up just like you do as a plugin on the channel and I can use my gear. I can leave it running live or I can bounce so the audio will be printed.

"I'm loving this way of working because it's so much faster. I have total recall and I'm still getting the warmth from the analogue I need, and all in a digital world. I am now using the best of both worlds."

"I own a lot of gear and love most of what I have. It's hard to say - my rack of original Neve 1084s I could not live without. They have that classic sound that I just love."

"Again, a tough question. I use so many and they seem to be getting better all the time. Off the top of my head I'd say I love all the UAD plug ins - they sound fantastic. UAD 1176 I use a lot, and I also like the Slate digital tape machine - that is amazing. The Brainworx stuff is also good."

"I use Logic and I have been using it for years. The reason I use this is that it is good for writing, whereas Pro Tools is not so much and more for mixing. I also mix in logic and I'm quite happy with the sound."

"I have mostly everything I need but you know what it's like: it's never enough! I suppose I would love to have a Fairchild but hey - not for 30 grand. I do have a Fairman compressor which kinda does the same job. That cost enough."

"I think rebuilding my room and losing the mixing desk. It just made my workflow so much faster and hassle-free."

"It was originally Todd Terry. This was back in the day around '93. Then it was Daft Punk. I loved the sound they got.

"Now I look at my own stuff and don't bother with trying to be or sound like anybody else. When you have been doing it as long as I have you develop your own sound. It's a great thing."

"There is no certain person as there are so many records I like and in so many different styles of music. I love good records."

What track would you love to have the stems of for a remix and what would you do with them?

"I have remixed over 300 records for the likes of Michael Jackson, Amy Winehouse - the list goes on so I'm all remixed out. Remixing is a great way to learn your craft, though, as you get to play with good recorded stems and see how they sound before they are put together."

What will you be showing people at Producer Sessions Live?

"I'm not quite sure yet. I have done two before and they were mostly about mixing techniques. Maybe I'll do something different this year. Maybe we should ask the people that are coming what they would like to see. I would be very happy to do that."