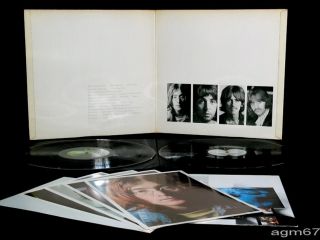 Is it The Beatles or a mash-up?

For Beatles fans, it's like stumbling across the Holy Grail, a previously unreleased version of Revolution 1, which has surfaced online. The only question is this: Is it real?

The recording, purported to be 'take 20,' can be heard below.

Noted Beatles historian Mark Lewisohn wrote about this version in his definitive The Beatles Recording Sessions, asserting that this take (#18, revised to #20 after overdubs) was the first track recorded for 'The White Album," which the group commenced on May 30, 1968.

Reportedly, takes 1-17 were shorter, more 'conventional' versions of the song, but #18 (the one edited for inclusion on the album) went on for over 10 minutes.

It eventually broke into chaos and served as the inspiration for the notorious Revolution 9 - and indeed, some of the elements heard on this track - sound effects and voices (such Yoko Ono's familiar "you become naked") - wound up on that daring, experimental cut.

But in this day of mash-ups and YouTube audio creations, it's reasonable to ask, is this the real McCoy or a supreme fugazy?

Most characteristics of the song - the lyrics and the basic structure - are in line with the verson that was released on 'The White Album.' It even features the familiar "take 2," uttered by Beatles engineer Geoff Emerick (who would soon quit the sessions after he grew exasperated by the band's constant bickering).

Surprises to be found

But there are some surprises, such as the sound of John Lennon saying, "Take your knickers off and let's go," in his fabled mocking tone.

The horns that were overdubbed on the released version are nowhere to be found. Likewise, there is a recurriing high-pitched wailing sound (guitar feedback?) that is instantly memorable but not heard on the 'White Album' (was it buried in the finished mix?).

Halfway through, this Revolution 1 turns into a fascinating jumble of backwards vocals, crazed instrumentation and the constant "Om-shooby-doo-wop" background singing of George Harrison.

Sit back and have a listen. Then ask yourself: is this The Beatles, or a modern-age mash? Hard to tell.