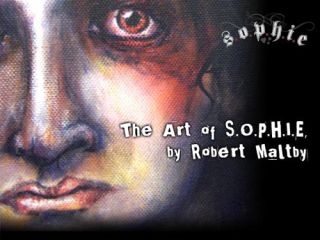 PRESS RELEASE: "Saturday 11 August 2007 is a date I remember, sadly due to the vicious assault on two young adults, Robert Maltby and Sophie Lancaster. You may well be thinking, 'well attacks happen all the time', but I remember this date because like them I also listened to alternative music and I chose to dress in a certain way - just like you did.

"I remember this date because Sophie Lancaster was brutally murdered - why? Not because of what she said or did, but simply because of the way she looked. This tragic story shocks me now as much as it did back in 2007 and with this upcoming art exhibition Fender, through our Jackson brand, we strive to help to change peoples' attitudes towards subcultures and raise awareness of the Sophie Lancaster Foundation" Helen Varley, Marketing Manager, Fender Musical Instruments GBI.

Fender Musical Instruments GBI, through our metal brand Jackson Guitars have committed our support to the Sophie Lancaster Foundation.

On Wednesday 3 June 2010 at the Black Dog Ballroom, Church Street, Manchester (5pm to 8pm) The Sophie Lancaster Foundation is launching a collection of outstanding paintings created by Robert Maltby, the boyfriend of murdered Sophie Lancaster.

Robert's collection celebrates Sophie and all that she believed in.

The exhibition of thought provoking paintings, which are on sales to raise proceeds for the Sophie Lancaster Foundation, is to run for a subsequent four weeks and is being held at Manchester's iconic Afflecks, with the launch of the exhibition being held in the sumptuous Black Dog Ballroom bar.

Jackson Guitars have donated a JS Dinky guitar which Robert has painted and it will be auctioned off on the night of the launch party.

This summer Jackson will be taking along a guitar to all the festivals and award shows with the aim to get it signed by as many of the metal and rock stars that we can find. We will then auction this off with all proceeds going to the Sophie Lancaster foundation.

For any questions relating to the Sophie Lancaster Foundation please contact Claire Anderson.

For donations direct to the Sophie Lancaster memorial fund bank account: The Halifax, account number 00458724, sort code 11-06-44. Your kind donations will help us make a difference in Sophie's name.

The aim is to change the law, as well as educate young people on a national level, so that individuals that belong to subcultures are respected and protected.