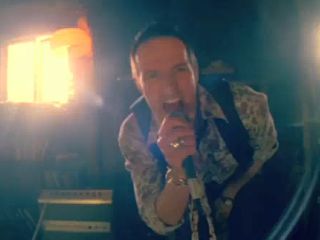 Stone Temple Pilots have just posted the video to the song Between The Lines, the first single from their upcoming self-titled new CD that is due to be released 24 May (25 May in the US).

It's a hard-charging rocker that wastes little time getting down to business. Full of melody and guitar crunch, it features a corker of a solo by guitarist Dean DeLeo.

The new album, produced by Dean and his brother Robert (bassist and co-songwriter), with some assistance by Don Was, is a stunning comeback for the once-trouble-plagued band that went on something of a hiatus (although no one in the group says they officially broke up) when singer Scott Weiland launched a new career with ex-Guns N' Roses members Slash, Duff McKagan and Matt Sorum in Velvet Revolver.

Weiland famously quit Velvet Revolver in 2008. The band have been on the search for a new singer ever since.

Whether Velvet Revolver regroups - Slash has a new solo album out and McKagan has recently joined Jane's Addiction - is anyone's guess. But MusicRadar, having heard the new STP album, can attest to its brilliance, and we'll be bringing you an interview with Dean DeLeo soon.

In the meantime, have a look at the new video.