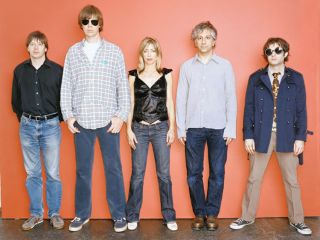 Sonic Youth, Led Zeppelin's John Paul Jones and composer Takehisa Kosugi have created a piece of music for the Merce Cunningham Dance Company. The troupe are celebrating the 90th birthday of its founder and namesake - hence the title Merce Cunningham At 90.

The show will debut at the Brooklyn Academy Of Music between 16-19 April.

Who knows what to expect from the soundtrack - experimental Japanese rock, perhaps? Regardless, Merce Cunningham managed to pair the might of Radiohead and Sigur Ros for the company's 50th anniversary back in 2003, so they're obviously pulling the right strings.