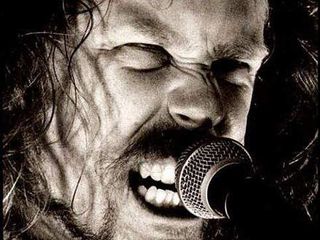 Sad but true: Hetfield has a stomach bug

Moments before Metallica were due to take the stage in Stockholm, Sweden, James Hetfield fell ill and was rushed to the hospital.

Over 16,000 fans had already jammed the Globe Arena for the second of two shows, but were told by the other members of the band that the concert had to be called off.

Drummer Lars Ulrich apologized for the cancellation, telling the crowd, "Trust me, none of you guys wanna hear me Rob or Kirk sing."

Band spokesperson Carolina Satterwall spoke to the Associated Press and said that Hetfield was suffering from a stomach ailment and dehydration. He is currently back in the US but should resume the tour soon.

A posting on Metallica's website reads: "Tonight's second show in Stockholm has been cancelled due to James falling ill and receiving medical attention at the hospital. The show WILL be rescheduled sometime this spring, so keep watching this space for more details. We apologize to all our fans who have travelled from near and far and we look forward to coming back soon."