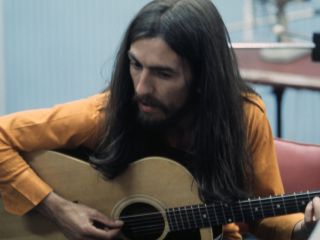 My Sweet Lord was originally a shuffle. That's just one of the revelations in the fascinating, richly rewarding 10-song set Early Takes: Volume 1, a collection of raw, mostly acoustic demos documenting the start of George Harrison's solo career.

The album, due out 1 May, It will be sold as a stand-alone CD, but it will also be bundled with deluxe editions of the DVD and Blu-ray release of Martin Scorsese's 2011 Harrison documentary, Living In The Material World (also out 1 May).

The focus of Early Takes: Volume 1 is 1970, when Harrison released his spectacular, chart-topping solo debut, All Things Must Pass, with demos and early takes of the title track, My Sweet Lord, Awaiting On You All, Behind That Locked Door, Run Of The Mill and I'd Have You Anytime (which Harrison wrote with Bob Dylan).

There are also demo recordings of Harrison covering Dylan (Mama You've Been On My Mind) and the Everly Brothers (Let It Be Me), along with other Harrison originals (Woman Don't You Cry For Me, The Light That Has Lighted The World).

Early Takes: Volume 1 was co-produced by Giles Martin (son of Beatles producer George Martin) and Harrison's widow, Olivia. Talking to the Chicago Tribune, Martin said, "There is something different about a take that wasn't designed to be the master take that has an excitement about it.

"When you think about My Sweet Lord or All Things Must Pass, that was the first time he was playing those songs with a band. It was just a three-piece band, but you get an energy that doesn't come when things are more considered down the line. It's like falling in love for the first time. You can't duplicate that in subsequent takes."