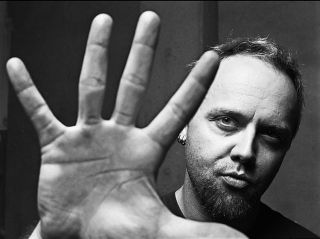 Boy, it's sure getting hard to throw a decent reunion. Yesterday we told you about the Classic Rock interview in which various members of Deep Purple Mark III were keen on getting the old gang back together.

But there was one stumbling block to a full-on reformation of the mid-'70s line-up: drummer Ian Paice, who is part of the current version of Deep Purple Mark XIX or something to that effect.

Jon Lord says 'thanks but no thanks'

Writing on his website, keyboardist Jon Lord threw a couple of buckets of water on such plans, saying, "It all seems like a lot of hot air and wild speculation to me.

"I like Lars and what he has achieved with Metallica. He's obviously always been very complimentary in his comments about Deep Purple, and I love the story of his famous nine-years-old 'baptism of fire' at our '73 concert in The KB Halle in Copenhagen, but if I was asked to be involved in a 'Mark III' reunion -(which, by the way, I haven't. All I ever said was that the idea had a few good points and a few not-so-good points) - and I indeed considered that offer, I would not be able to even imagine it without the presence of Ian Paice."

Good thing Lars Ulrich has a steady day job. We hear it pays pretty well too. With or without Purple, we think he'll be OK.

The full 20-page Deep Purple special feature is in the February 2009 edition of Classic Rock, on sale in the UK 7 January.