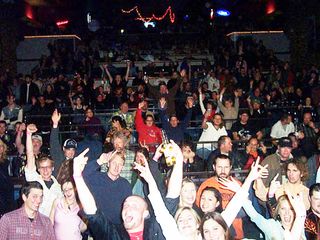 In MusicRadar's view, there's nothing like being knee-deep in mud and paying $15 for beer to get us in the mood for a little summer lovin'. Turns out, we're not the only ones who feel this way.

Organizers of Grand Junction, Colorado's Country Jam might want to rethink the name of the festival, after a local health official reported that the annual outing contributes to a substantial spike in unplanned pregnancies.

The agency Nurse-Family Partnership typically sees 25-30 pregnant women a month, said supervisor Wanda Scott, but the number shoots to about 80 in the weeks after the festival.

Tim McGraw - everybody's idea of sexy - headlined this year's Country Jam in late June. The four-day event advertises a designated quiet camping area: "After the shows are over, no more playing outside, it is time for bed." Standard camping sites, on the other hand, allow for "small gatherings with friends" and "a nightcap or two after the shows are over." Quiet or noisy, they're clearly jamming in more ways than one.