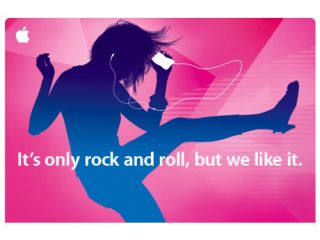 Is Apple planning to make 9 September a big one for Rolling Stones fans, too?

As predicted, Apple has announced a special media event for 9 September, but it looks like the long-awaited announcement that The Beatles' back catalogue is to be made available on iTunes could be trumped by something relating to The Rolling Stones.

Invites for the event feature the line "It's only rock and roll, but we like it," a not-so-subtle allusion to The Rolling Stones hit It's Only Rock 'n' Roll (But I Like It).

The Stones, of course, were always perceived to be The Fab Four's biggest rivals, so it would be cheeky in the extreme if Apple was to launch a collaboration with them on the day that The Beatles' remasters and The Beatles: Rock Band video game went on sale.

A Stones-themed iPod featuring the band's back catalogue (which is already available on iTunes, incidentally) is always a possibility, or perhaps the band have simply been booked to play?

Having said that, it could also be the case that Apple will announce that it's now to sell Beatles music in their store, with the pre-event marketing simply being designed to throw us and everyone else off the scent.

All will be revealed next week, when it's widely expected that a revised iPod family will also make its debut. Whether this will feature new designs or simply greater capacities and more features remains to be seen.