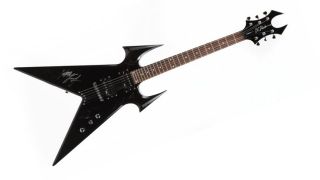 Come Saturday (1 December) up to 80 guitars, all signed by music celebrities, will be auctioned off in order to raise money for the Stand Up and Shout Cancer Fund, a charity set-up following the death of legendary metal vocalist Ronnie James Dio in 2010.

The auction will also feature a prototype guitar made for Eddie Van Halen, and (of course) signed by the shred pioneer himself, as well as a hand-carved Ronnie James Dio memorial guitar, built by the team at DBZ.

If you're in the area, a free exhibition of many of the items featured in the auction will be running during the auction house's regular business hours of 10am to 5pm until Friday (November 30).