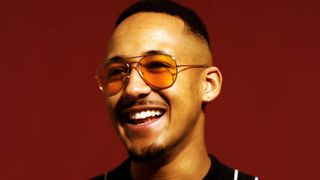 Brighton-based DJ and producer is fast making a name for himself. Crank It (Woah!), his 2016 release with with Kideko, was premiered by Annie Mac on Radio 1 in Ibiza as her ‘Hottest Record In The World’, and he’s also had support from the likes of Pete Tong, Danny Howard, MistaJam and Toddla T.

His last release, When It Breaks, married UK house to drum ‘n’ bass with floor-filling effect, and George is looking to keep up the momentum in 2018. Here are the five most important ‘learns’ of his career so far...

“It’s very easy to spend a day second guessing yourself or to think that an idea isn’t good just because you’ve made it. I’ve wasted countless hours wondering if an idea is good or not, but the best way that I’ve found of working is to put all the ideas down that come to mind, then if you aren’t feeling it or are unsure, mute the idea (don’t delete it) and move on to the next thing. Often, later on in the track when it’s a little more developed, you can unmute the idea and it will work perfectly with the other things you’ve put in. You would never have known this if you had just deleted it.”

“When starting a new track, the first thing I do is build the drums - I find this is a good way of working, but lots of the time I make the drums and then am stuck for ideas. A good tip to help move on from this is to build a library or playlist of tracks that you’re feeling at the moment and reference which elements you like from each of the tracks.”

3. Mess around with different genres

“Lots of the ideas I start are completely different to house and will just sit on my hard drive and never get used for anything. But occasionally I’ll find something sick in one of the tracks or a technique that I’d never usually have thought of that I can incorporate into my current project.”

4. Listen to as much music as possible

“It may seem very obvious, but it’s important to keep your ears tuned into what’s current in your scene and who is making good music. Often the time when I feel most inspired is when someone else has written a really sick song and I’m jealous so I want to make something better.”

5. Work with lots of other people

“Lots of the tips and techniques I use in my productions I have learned from working with other people. They will often work in a completely different way and have tips you can pick up from them.”