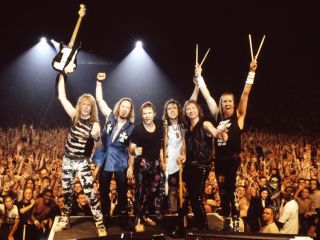 Inspired by an interview with Owen Pallet of Final Fantasy, New York Magazine has put together a list of bands who should fire their drummer immediately. Why? Owen Pallet is practically a one-man musical outfit and claims: “drummers ruin bands”. So, he doesn´t employ one. Or a bass player for that matter.

The Raconteurs
Reason: Curious to hear what they could do with just a pair of guitars and a mandolin

Radiohead
Reason: They should use a drum machine instead of trying to get Phil Selway to play like one

ArcadeFire
Reason: They´d sound even whiter without a backbeat

Coldplay
Reason: Without Will Champion their songs might be four minutes shorter

Our thoughts: Ringo paved the way for rock drumming as we know it, Nicko McBrain clearly doesn´t suck, drum machines and Phil Selway already exist together in perfect harmony… we could go on, but we won´t. There´s not enough server space.