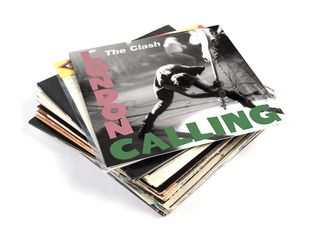 That P-Bass has nanoseconds to live

London Calling by The Clash was recently voted the fourth greatest album cover of all time by MusicRadar users. Pennie Smith's iconic photograph of Paul Simonon smashing his Fender Precision Bass onstage at the Palladium in NYC in September 1979 is a beautiful image of rock 'n' roll rebellion, and in the video above, Simonon discusses the historic moment that saw his beloved P-Bass reduced to smithereens.

In celebration of 60 years since the introduction of the Fender Precision Bass, Simonon also discusses some of his bass-playing influences and the development of his unique bass technique. Check it out and subscribe to Fender's YouTube channel for more star interview exclusives.