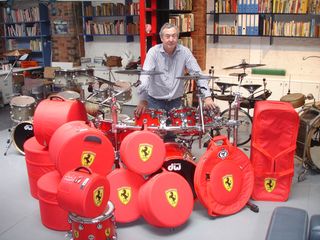 Of all of the reasons for Nick Mason to pull out of a Pink Floyd reunion gig, we didn't think the presence of "posh totty" would be one. But it turns out we were wrong…

Mason has told our sister title Classic Rock why the plug was pulled on a reunion show at Kiddington Hall, an Oxfordshire house owned by Sir James Goldsmith's daughter.

He said: "That particular event wasn't right for a re-formation of Pink Floyd. I said I would do it, but it was a charity event for suits, and it felt wrong to turn a small thing into a big deal just because Jemima Khan was in attendance.

"Why play for a lot of posh totty instead of some of the other things we should save that up for - a Live 8 type of thing?"