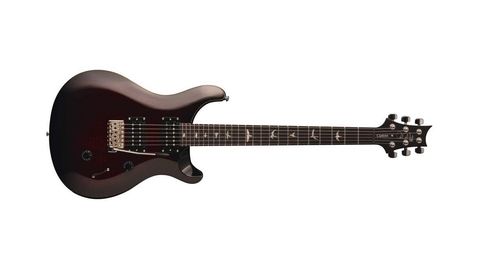 An easy to recommend guitar that brings PRS class without a hefty pricetag.

We need to talk about image.

We need to talk about how, rightly or wrongly, we have certain long-held ideas about particular guitars or brands.

If you think of a vintage Strat or Les Paul, you might associate it with haggard, blue-collar players who could tell you a tale or two, sonny. Picture a Gibson SG, and you perhaps think of some of the great rock and metal players who’ve wielded one over the years. Think about PRS and things become less obvious.

We’re not saying it suffers with an image problem, more that it’s guilty by lack of association with a particular genre or style. Who exactly is a typical PRS player? The old cliche goes that they’re dentist’s guitars, stockpiled by wealthy midlife crisis sufferers to hang above the mantelpiece.

The reality is that PRS has produced, and continues to produce, guitars that care little for arbitrary genre concerns. And, if you’ve ever had the chance to play one of its full-fat, US-made models, we think you’ll surely agree that they operate in the outer extremes of guitar-building excellence. You may also begrudgingly admit that they do actually have their own unique style.

Realistically, however, those high-end models are out of reach to the vast majority. Which is fine, because us mere mortals can console ourselves with its SE guitars, which also, by wonderful stroke of good fortune, are tremendous instruments.

The PRS SE range has offered solid, well-built, great-sounding guitars for years now, and the PRS SE Custom 24 2018 is a perfect example.

This Korean-built mass of maple, mahogany and rosewood is a classy-looking guitar. Our review model came in Fire Red Burst, a new finish for 2018 that looks a little more elegant than last year’s Crimson Red. The binding around the body highlights this, relying on the guitar’s natural wood finish to provide the aesthetics.

It’s a wonderful instrument to play too - all that expertise making eye-wateringly expensive guitars is evident from the moment you pick it up. The bridge, for example, has a noticeably low profile. This makes palm-muting a much more pleasant experience, especially if you’re used to chugging away on a Floyd Rose-style bridge.

The finish on the neck does suffer from slight tackiness, particularly if your palms are prone to sweating, but this is nothing a few rubs with some wet and dry paper couldn’t solve, while the wide-thin ’board never felt too wide or too thin, although the frets on our review model could have been slightly better set up. There was some slight choking when bending around the 12th fret but, again, it’s simple enough to remedy.

A lot has been made of the SE Custom’s pickups; 2017 models added Korean-made versions of the 85/15 pups used on the more expensive American Core line, dubbed “the perfect pickup” by Paul Reed Smith himself. Largely, they live up to that promise; the bridge pickup is capable of some serious chunky metal tones, which retain definition and clarity even at absurd levels of gain.

The neck is not quite in the same league, though with certain go-to sounds we favour coming across slightly woolly and mid-heavy. Of course, the included push/pull tone control, which significantly reduces the output from one coil, increases the versatility and goes some way to improving the tones at the neck.

Spend some time with the SE Custom 24 and you’ll come to realise that there is no stereotype that fits. And therein lies its beauty. It’s not a guitar or a brand that concerns itself with cultivating a popular image; PRS has always favoured more obvious metrics like quality manufacturing, great sounds and classic looks.

There’s been a rise in RRPs from the SE range over the years, which put it in competition with some serious guitars. But you pay your money, and you take your choice. The addition of left-handed models adds to the idea that these are quality guitars anyone can own. The elite-level experience offered by the high-end PRS models continues to cascade down the range. That, more than anything, makes these Custom models easy to recommend.