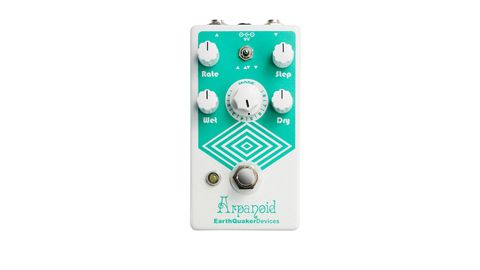 Not the most universally useful pedal, but creative sonic explorers will have lots of fun here.

Want to hear a scale when you play a single note? The Arpanoid will oblige you by taking what you play and transforming it into an ascending or descending scale or one that ascends and descends continually.

Wet and Dry knobs let you set the relative levels of the generated sequence and your dry sound while two more determine the speed of the sequence and how many notes are in it.

A very clever pedal, if you can find a musical use for it other than to simultaneously surprise and baffle your audience.