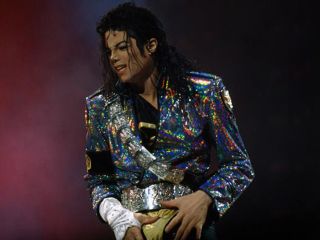 Some of the biggest producers in music - and a couple of oddball choices - are remixing Michael Jackson's work for an upcoming Universal Motown project titled Michael Jackson: The Remix Suite.

The 20-song collection, due out 27 October, will focus mainly on Jackson's hits with The Jackson 5. One of the first songs to get the remix treatment is ABC, which Salaam Remi, known for his work with Nas and Amy Winehouse, retooled as a reggae number.

"That song was one of the first songs I remember hearing on my own," Remi told MTV News. "I think it came out around the time I was coming up as a kid.

"A remix isn't just changing the music," he continued. "To me it's about reimagining the vibe. I wanted to do something that, when it pops up it makes you say, 'Wow.' And to feel like it could be performed that way, not like it was just glued together."

Fans will get to hear Remi's new take of ABC soon when Universal Motown digitally releases the song and others before the proper CD.

More than one ABC?

Remi will have some competition, however, as Blink-182 's Mark Hoppus has also had his way with ABC.

"Motown reached out to a bunch of different artists and producers to remix Michael Jackson and Jackson 5 songs, and they're taking about 15 of those tracks and putting them out on iTunes, as kind of like a tribute," Hoppus told MTV News. "And I don't know how I was lucky enough to get involved in the project - it's a huge honor."

When Hoppus and his production partner Chris Holmes listened back to the original 16-track, the two were were unprepared for the brilliance of Michael Jackson's voice.

"I mean, Michael Jackson was 12 years old when he sang [the song]," Hoppus said. "And it's just incredible to hear that, and to hear all the individual tracks off that and to get to work off it. It was a huge, huge experience for me."

Hoppus' goal was simple: "not to mess with it too much." After adding some bass, he added organ sounds, but, in his words, "kept it really organic...We didn't want to try and make it all techno or weird or electronic or anything. It was really about that vocal."

Universal Motown will begin rolling out digital bundles of remixes starting 25 August. Every two weeks five new mixes will be available, leading up to the official release of Michael Jackson: The Remix Suite.