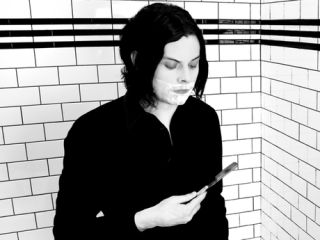 Since the demise of the White Stripes, Jack White has busied himself by producing a diverse array of artists, everyone from Insane Clown Posse to Tom Jones. But during this time, the mercurial musician has quietly recorded his debut solo album, Blunderbuss, which is due for release on Third Man Records/Columbia on 24 April.

You can check out the first single, Love Interruption, right here. And should you want to own a copy, no problem: a digital version of the track will be available to purchase tonight (30 January) at 9pm PST/12am EST.

What's more, a vinyl version of the Love Interruption single featuring the exclusive non-LP B-side Machine Gun Silhouette will be released 7 February on Third Man Records, but is available now for pre-order at www.jackwhiteIII.com and www.thirdmanrecords.com.

White produced and recorded Blunderbuss at his own Third Man Studio in Nashville. He describes the record as one he "couldn't have released until now. I've put off making records under my own name for a long time, but these songs feel like they could only be presented under my name.These songs were written from scratch, had nothing to do with anyone or anything else but my own expression, my own colors on my own canvas."