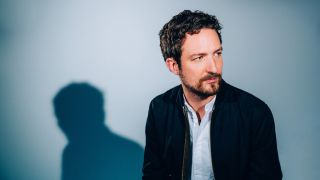 “The overarching concept only arrived about halfway through,” explains Turner. “I intended, initially, to write a storytelling record and it was only after I’d written about half of it that it occurred to me I was only writing songs about female protagonists. At the beginning, it was just stories I found that I thought would make good songs.”

A former history student at LSE, Turner has long carted hefty historical tomes around on his travels. No Man’s Land has given him a chance to combine his lesser-known historical interests, with the music career that has seen him sell out Wembley Arena, Alexandra Palace and shift a million albums over the last 15 years.

“I really am that guy who, when he reads something cool in a history book, I just want to tell everyone about it,” acknowledges Turner. “I start regaling people at parties and people just start edging to the door, so I’m hoping that by writing this record, I’m saving my social life.”

Here, Turner discusses what he learned about Sister Rosetta Tharpe, the gear behind No Man’s Land and why you won’t find him wielding a resonator any time soon…

You’ve previously described the way you think about music as “really quite sort of academic”. Is there a connection between the historian and musician in you?

“Yeah, I think there’s some common ground there. I was born with an analytic mind and there’s direct links here, for example, in the song about Sister Rosetta Tharpe, in the sense that among my more geeky history reading, I focus on reading about the history of rock ’n’ roll. It’s partly because I want to understand the world that I work in: how it came to be, how it is and who the pioneers were.

"In reading about all of that, I stumbled across the name Sister Rosetta Tharpe and, I’m ashamed to say, that I had no idea who she was and had never heard of her. The most cursory listening and reading will tell you quite quickly just how important she was to the history of the music that I make. It seemed to me that the very least I could do as a white man who plays rock ’n’ roll is acknowledge the fact that it was not my demographic that came up with the music in the first place.”

What have you learned about Sister Rosetta Tharpe that you didn’t know before you started making this record?

“I think the main point that I didn’t know about before was the relationship between the music that she made and her religion. She was from a Pentecostal background and was, as they called them, a ‘holy roller’ and these were people who used to speak in tongues and that kind of thing. Without stretching it too far, you could draw a line between the vocalism of holy rolling and the sense of free expression characterised by the rock ’n’ roll guitar player.

"That hadn’t occurred but then when I found myself at the Rock ’n’ Roll Hall of Fame talking to Nwaka Onwusa [Curator and Director of Curatorial Affairs], she pointed this out. Once you get that idea in your head, to me, it seems reasonably incontestable.

“The key is that she was religious, but from deeply un-respectable type of religion. In the mid-20th century African American community, the Pentecostal church was seen as deeply embarrassing – because they used to speak in tongues and roll around on the floor! People found that to be quite backwards. But, again, that has a lot in common with early feelings about rock ’n’ roll. It was seen as this primal and immature form of musical expression.”

Sister Rosetta Tharpe was famous for using a resonator and a white SG. Did you find yourself digging out those instruments for the song?

“I didn’t! We didn’t have an SG on-hand in the studio, unfortunately. That was a thought that wondered across my mind. But resonator guitars – I can understand the historical need for them, at that point in time, in terms of needing to sound as loud as you could – but I find them to be pretty unwieldy instruments, if I’m honest. You can see why, in a world before the pickup was invented, you might want one to cut across a brass section and a drum kit, because it is louder. But nevertheless, they are troublesome instruments!”

How did you go about picking tones for these stories? You’re essentially soundtracking a person you’ve not met…

“Yeah. The thing is, that in a minority of cases, there were musical links between the subject matter and the music being made. So, Sister Rosetta, whilst it’s not a rock ’n’ roll or gospel song, I did try to get some of her guitar work into the song – inexpertly, I might add. She’s a much better guitar player than me – but I tried to spend a few hours watching videos of what she did and try and put a bit of that into the record.

“Then the Hymn Of Kassiani was actually written by Kassiani [a Byzantine poet], musically speaking, as she’s the earliest female composer we know of who’s music we still have. The music is in fact hers, so it’s arguably a cover, though I’m pleased to say that 800 years on, it’s out of copyright…

“Some of the others, like The Death Of Dora Hand [about the American dance hall singer who was mistakenly shot by a young suitor attempting to kill his rival], that’s got a bit of Old West in its styling. Then Nica – which is about Nica Rothschild, who was a jazz patroness – I used some Thelonious Monk chords and chord voicings as a little nod to the fact that he was her primary obsession. I tried to put them together as best as I could.”

What was your main guitar gear on No Man’s Land?

“The main acoustic guitar I used is my Gibson 1957 Country and Western [played in the video below], which is one hell of an instrument. Then also, as far as acoustics go, I have a 1944 Martin 00, which is an amazing piece of wood. I actually bought it for this record, as an excuse for me to spend money on a guitar.

“It was the day after I played Ally Pally [London’s Alexandra Palace] and I had precisely one day off in between headlining there and heading into the studio to make this album in December and on that day, I happened to be walking down Denmark Street and I walked past No.Tom Guitars and I found this mahogany parlour guitar.

"I tried it out, but decided against it and then I spoke to my fiancée on the phone and said, ‘Yeah, I’m just not sure I can justify that kind of money on a guitar right now…’ And she said, ‘You just headlined Ally Pally! You can do what you want!’ And I was like, ‘Oh yeah! Fair point…’ So I went for it.”

What about the electric side of things?

“There’s a fair amount of electric on this record and there was this old Gibson ES-335 in the studio that belongs to the producer Flood, who works downstairs in Battery. It was one of the nicest guitars I’d ever played. I said more than once, during the recording process, that if this guitar was not in the studio anymore by the end of the session, then ‘You ain’t seen me, guv!’

“I remain, at heart, an acoustic player, though, and I tended to let [producer] Catherine Marks take care of the amplifier side of things, which is something she’s obviously well-versed in – so I’m going to plead a degree of ignorance there!”

Rip It Up, Simon Reynold’s book on the history of post-punk, was a notable influence on your last album, Be More Kind. What books influenced No Man’s Land?

“I read the story of Dora Hand in a Dee Brown book about the American frontier [Wondrous Times On The Frontier]. I’m fascinated by that era, because it’s a unique example historically of a society caught in the act of creation, which is rare. Dee Brown covers the story of Dora Hand in two paragraphs and I read it and just went, ‘Hold the phone!’ That story is so insane in so many ways that I immediately struck out and tried to find more detail on it. Then I happened to read the book about Nica Rothschild, which was recommended by a friend and was fascinating.

“The thing I should say is that my history tutor at LSE would very much describe this as secondary research. I’m not in the archives with cotton gloves. I’d love to claim that I was, but that would be bollocks. It’s not supposed to be hipster history,  like, ‘Oh my god? You haven’t heard of Dora Hand!?’ The idea is that I’m as much a student as anyone listening to it. I hope it comes across in that way.”

“Yeah, absolutely. If the argument is to be made that I’m a disappointed historian, then what I’ve succeeded in doing with this record is finding a way of entertaining that part of my character, without having to do the hard graft of getting a master’s and a doctorate… Well, then I should probably say I’m guilty as charged of that accusation.”

No Man's Land is out now through Xtra Mile Recordings/Polydor Records. Order it here.