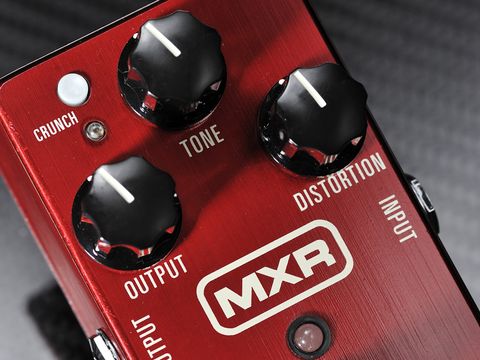 In this first of a new series of pedals, MXR has taken a classic distortion circuit (although it's not saying which!) and modified it to produce a hot-rodded version.

The '78 puts out a recognisable raunchy distortion with a solid mid-range. The tone control adds some sharp top end, while the crunch button gives more of everything, boosting dynamic range and the distortion's harmonic content, effectively giving you two voices - too bad it's not footswitchable.

Responding well to playing dynamics, this is a really good distortion pedal with plenty to offer, particularly if you are a fan of late-'70s rock.