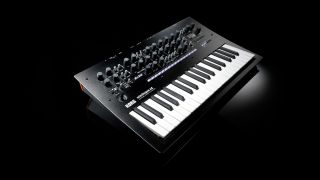 Roland, Korg and retailer GAK have joined Casio and Fender in being fined heavily by UK watchdog, the Competitions and Markets Authority.

The fines, for "resale price maintenance" (RPM), which stops retailers from discounting below a minimum price, mark "the culmination of 5 separate investigations, covering major players across the musical instruments sector", reads the CMA's statement.

Roland and Korg have been under the microscope since an investigation was announced in March, but GAK have fallen foul of the rules separately, after Yamaha disclosed its own RPM agreement with the firm. Yamaha themselves have escaped punishment "for being the first to bring the conduct to the attention of the CMA."

The CMA has also fired a warning shot across the industry's bows in the form of an open letter, detailing the fines and reiterating the rules, sent to nearly 70 music gear manufacturers and retailers.

The strongly worded letter, which you can read in full here, warns "We continue to receive complaints suggesting that some industry participants think that, because they were not investigated, they may have ‘got away with it’.

"Therefore, we have sent warning letters to almost 70 other musical instruments suppliers and retailers where we already have sufficient evidence to suspect they have broken the law by engaging in RPM.

"If you are one of the firms who receives a CMA warning letter you should take it very seriously. A domestic light fittings supplier in a previous case ignored a warning letter and received a 25% increase in its fine as a result."

Michael Grenfell, the CMA’s Executive Director of Enforcement, said "During the coronavirus outbreak, people are shopping online more than usual, including for musical instruments.

"Even before the pandemic, the CMA estimated that an average of around 40% of musical instruments were sold online so it’s important that manufacturers and retailers do not illegally work together to keep prices high."

You can read the CMA's full statement here.