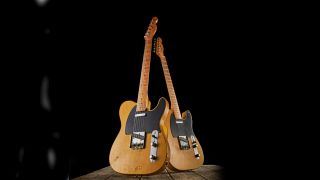 Fender Europe has been accused by the UK's Consumer and Market Authority (CMA) of illegally restricting the online discounting of their products.

In a statement, the CMA alleges that, between 2013 and 2018, Fender Musical Instruments Europe Limited, which supplies retailers in the UK, pursued a policy of resale price maintenance (RPM). RPM is illegal in the UK, as it restricts retail firms from being free to compete on price, meaning fewer discounts for consumers.

The CMA said that in the context of a market in which around 40 per cent of instrument sales were conducted online, it was important that consumers had access to competitive prices.

The CMA's senior director of antitrust, Anna Pope, said that it was more important than ever to prevent RPM from distorting the market for online sales.

"We take allegations of RPM very seriously because it removes one of the benefits of the internet of making it easier to quickly find a better price by shopping around," she said. "It stops online retailers from selling at the prices they want to, and this then leads to higher prices for customers."

The CMA's findings are provisional, with any ultimate judgment on whether Fender did indeed act in breach of UK competition law to be made before the end of the year, during which time the company can make its own legal representations.

In March this year, the CMA fined Fender Europe £25,000 for concealing documents during an inspection.

In August 2019, the CMA fined Casio £3.7 million for preventing online discounting for its digital pianos and keyboards, and there are presently three other active CMA investigations into anticompetitive practices in the musical instrument sector.

A Fender EMEA spokesperson said: “Fender is co-operating fully with the CMA's investigation and we are reviewing the provisional findings. Due to the ongoing legal process, we will not comment further at this time”.